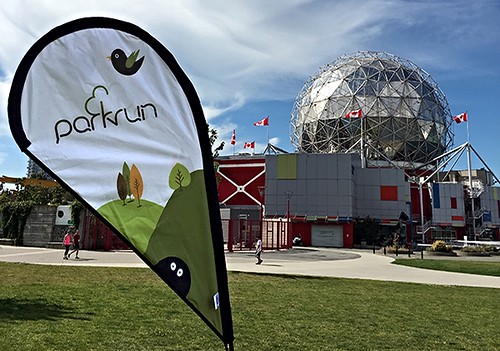 In this first newsletter we tell you the story of parkrun Canada, recap our first event, and explain how you can get involved.

Welcome to the very first parkrun Canada newsletter. I have been waiting a very long time to say that! We have been working to bring parkrun to Canada for a some time and to see it launch on Saturday with Okanagan parkrun in Kelowna was absolutely amazing.

I’d like to start with the story of how parkrun Canada came about. Back in 2007 I attended my first parkrun (Wimbledon Common parkrun, then known as Wimbledon Common Time Trial) in London, England. I was impressed with the simplicity of the event and how it was there every single week, along with this community that would blossom from it.

Being an hour commute from Wimbledon, I asked parkrun’s founder Paul-Sinton-Hewitt if he’d be interested in bringing it to my then home-town of Basingstoke. At the time there were only five or six events so the path to starting your parkrun was not quite as practiced and simple as it is now. Being his usual trusting and generous self, he gave me - this stranger to him - a laptop, an expensive timer, some finish position tokens and sent me on my way!

Three years later Basingstoke parkrun had grown from a run that saw roughly 20-30 people every week to one that was fielding more than 200. Since I left in 2012, the run has grown to almost 400 every week. This story of an event growing like this is not unique; it has been replicated several times over in parkruns around the world.

We have over 900 events in 13 countries, which will be increasing to 14 this weekend with the launch of parkrun in Sweden. We do very little advertising at parkrun, and the increase in participation is down mostly to word of mouth. It is a very simple, but powerful concept and it was only a matter of time before it came to Canada.

During the past four years since I left Basingstoke to live in Vancouver, parkrun HQ and I have had several conversations about how best to start it here in this country. Needless to say it was a long journey with a lot of hard work from a lot of people, but at the start of 2016 the planets started to align and it became apparent we had a good shot at for a summer launch.

To my great fortune I was contacted by Bill Justus who said he had everything he needed to start a parkrun event – a location, a team, the funds and the permits. Together with our core team in Canada with setting up the national infrastructure, we scheduled in August 20th as the big day.

On Saturday we were go! And what a day that was, one that I’ll never forget. The way that the local community in Kelowna embraced the concept and made it their own was fantastic. As with all parkruns, the running came second to the community.

I learned about the local running scene from Richard Dueck, heard from Alison Rose about her triathlon adventures, and even got tips about the art of Pokémon catching from Davis Spencer. It was also really great to hear from Local MLA Steve Thompson and his family connection to Mission Creek Greenway.

The appetite for parkruns in Canada is enormous. We are having many discussions across the country about bringing parkrun to local communities, with the next event to launch being Nose Hill parkrun, Calgary on September 3rd.

We are committed to supporting a parkrun in every community that wants one. This is a very exciting time for parkrun and Canada, and we can’t wait to meet you all. 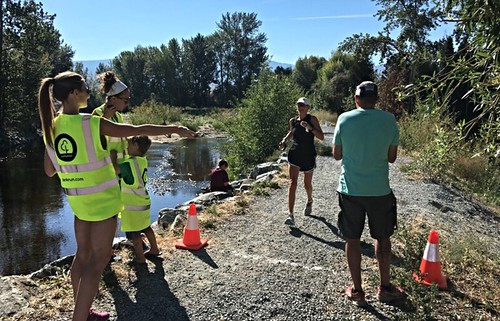 parkrun would not be possible without the help of our wonderful volunteers. It takes at least eight people to make a parkrun event happen each Saturday, and depending on the nature of the course it may require a few more. Giving your time to parkrun benefits the lives of others and can help you learn and develop skills, it’s a proven fact!

A big thank you to our first Canadian Volunteers - Alison Rose, Bill Justus, Dean Mitchell, Jennifer Spencer, Lindsay McGale, Liz Borrett, Sylvia Thompson and Wendy Aigner. You are the first Canadian parkrun volunteers and that is something special!

To keep the momentum going we ask that each parkrunner volunteers three times a year. It is the best way to contribute to parkrun, and we all really appreciate it. It really is super rewarding and worthwhile.

If you are in the Calgary area and are eagerly anticipating our next new parkrun, Nose Hill parkrun, then please consider volunteering especially in the first few runs while we look to establish ourselves. If you can give time, please reach out to nosehillhelpers@parkrun.com. We would love to hear from you!