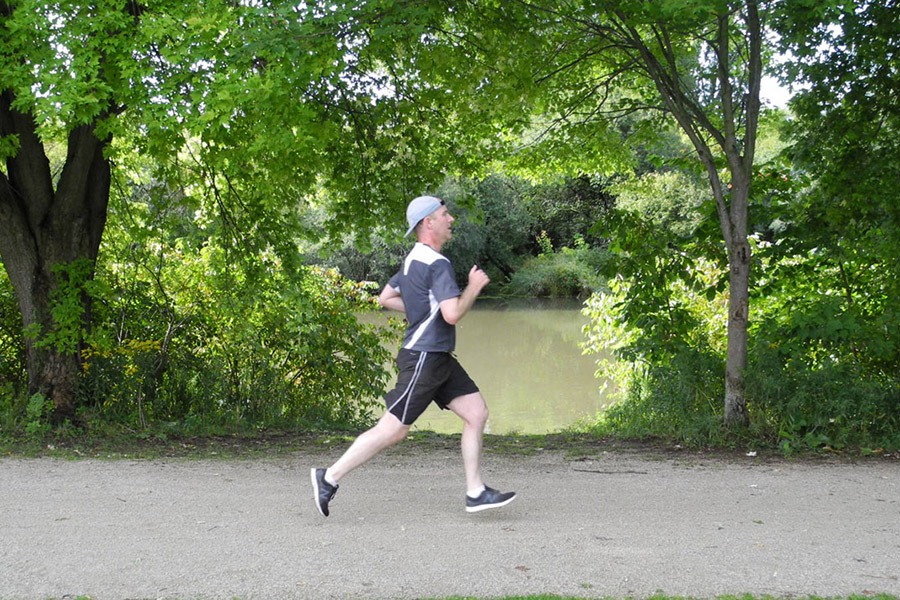 Every parkrun brings something new. Last Saturday’s event was the first to take place in fall temperatures, so I noticed that long tights outnumbered shorts at the start-line. The colder weather highlighted one of parkrun’s features: if you’ve done it before and know the drill, you can roll up at 8:57 for the 9 AM start, always right on time.

This should have been my 11th Guelph parkrun, but a head cold made me decide to take things in as a spectator this week. Hanging around at the start line increased my appreciation for another parkrun feature: the double out-and-back course, currently imposed by the trail closure at Lyon Park. 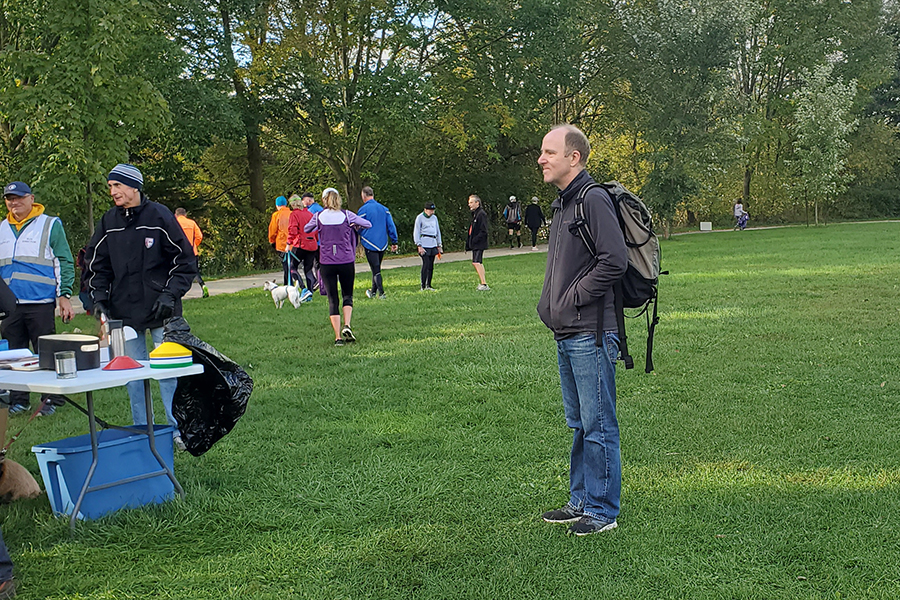 Ten runs have been enough to make the course’s 1.25k leg feel painfully familiar, and I struggle every week to get back on pace after the last hairpin turn at the far end. But I love seeing all the other runners multiple times and seeing the smiles and waves of the first out-and-back turn into the inward-focused determination (or, sometimes, bigger smiles and waves) of the second. The encouragement at the halfway point back at the start line also gives me a huge boost (below, runner at the turnaround, from previous week). 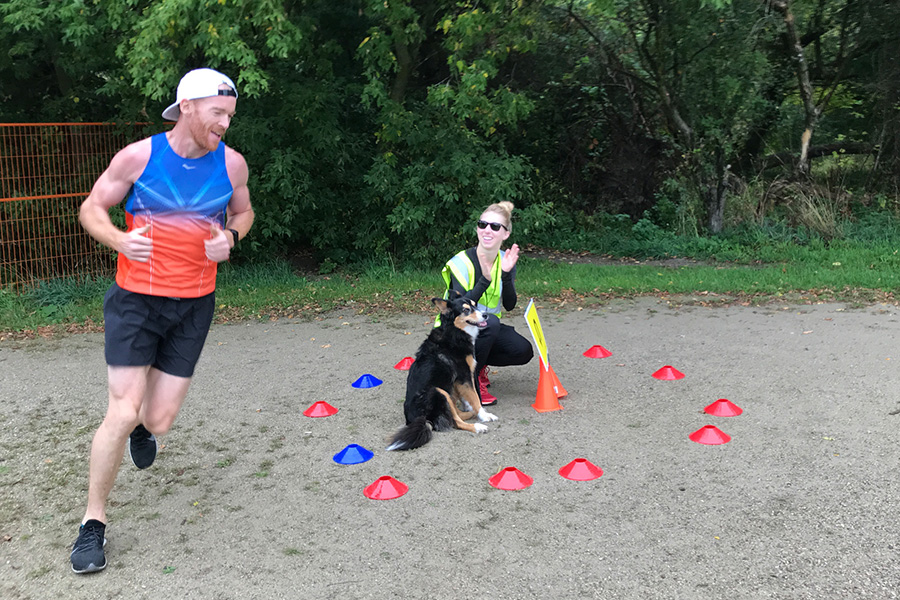 The course makes volunteering and spectating more fun too. Today the lead runner was making his halfway turn after just eight and a half minutes, and from then on there was pretty much always someone to cheer for.

I’ve been running with the Guelph Victors since I moved to Guelph in 2007. The Tuesday night Victors workouts are a great mix of tough training and fantastic people, and they’re one of the fixed points in my week. 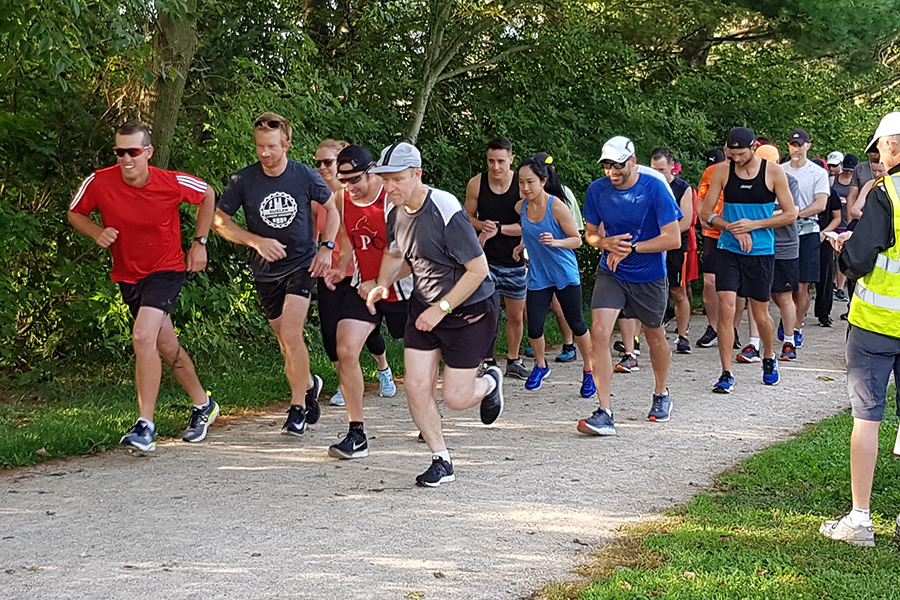 parkrun has become another one after just a few months, and I’m really enjoying meeting new people and deepening older connections. A highlight this week was seeing two people I know in completely different contexts finish within a second of one another.

All this and I still made it to the Farmer’s Market before the brussels sprouts sold out. That's now my Saturday morning routine in Guelph!

— photos by Tiffany Friel, and others 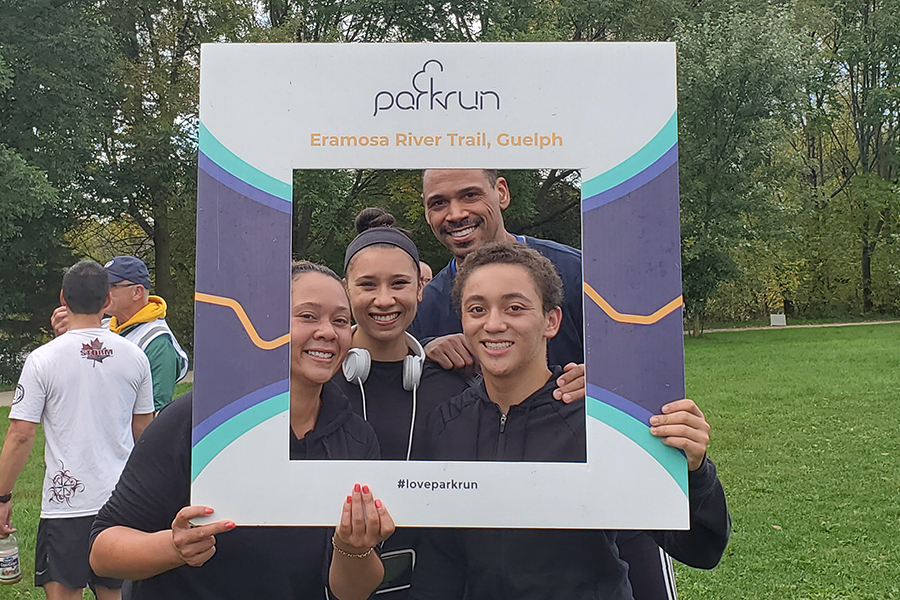 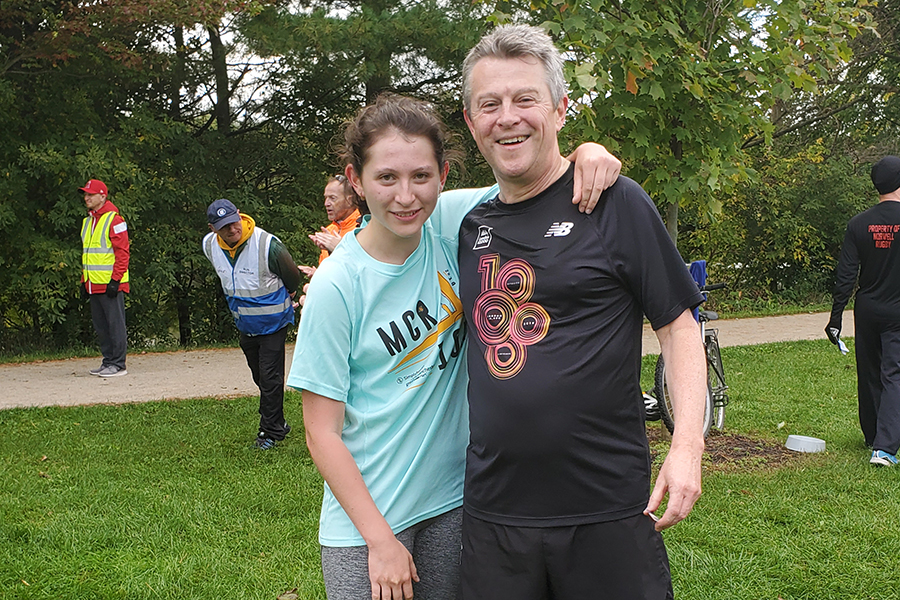