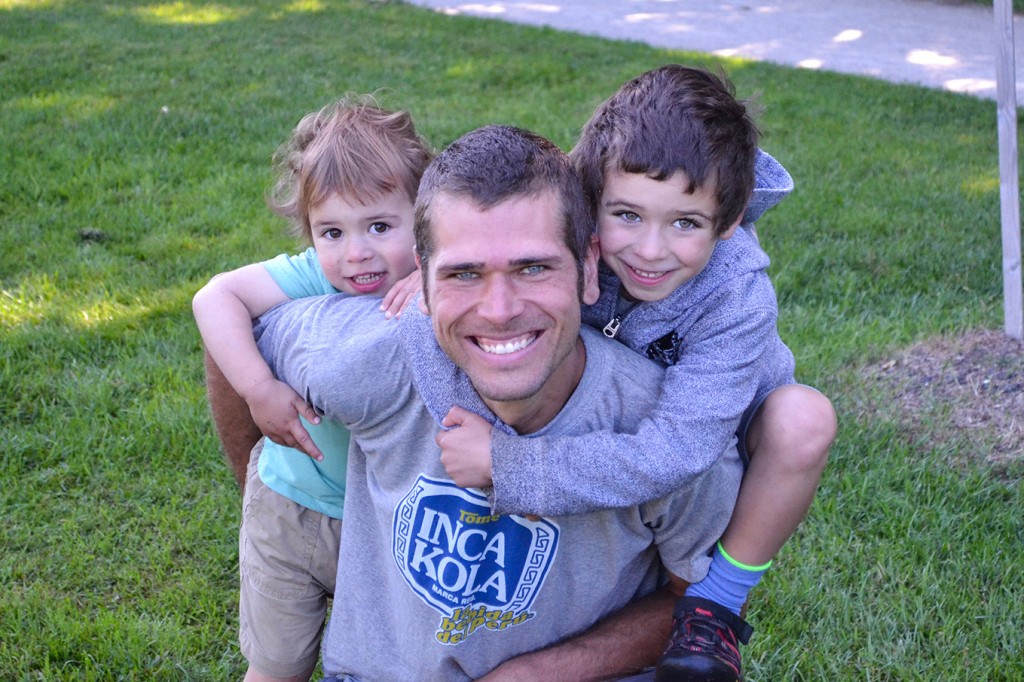 Hi there. My name is Dennis (also known as double-stroller guy). I just completed my sixth parkrun in Guelph, most of them pushing my two boyz, X and F. I’ve had at least one kid out for all my runs. F really likes it.

It was a good run this week. The boyz were well balanced, with X closest to me over the big wheels. That usually steers best, although F has been chunking up, making front steering a bit heavy.

As I run, X and F keep their eyes out on the trail for the leaders coming back from the first turnaround, usually around the playground. We even work on our fractions as we figure out how much of the race is left and how far we have gone in the 5K! 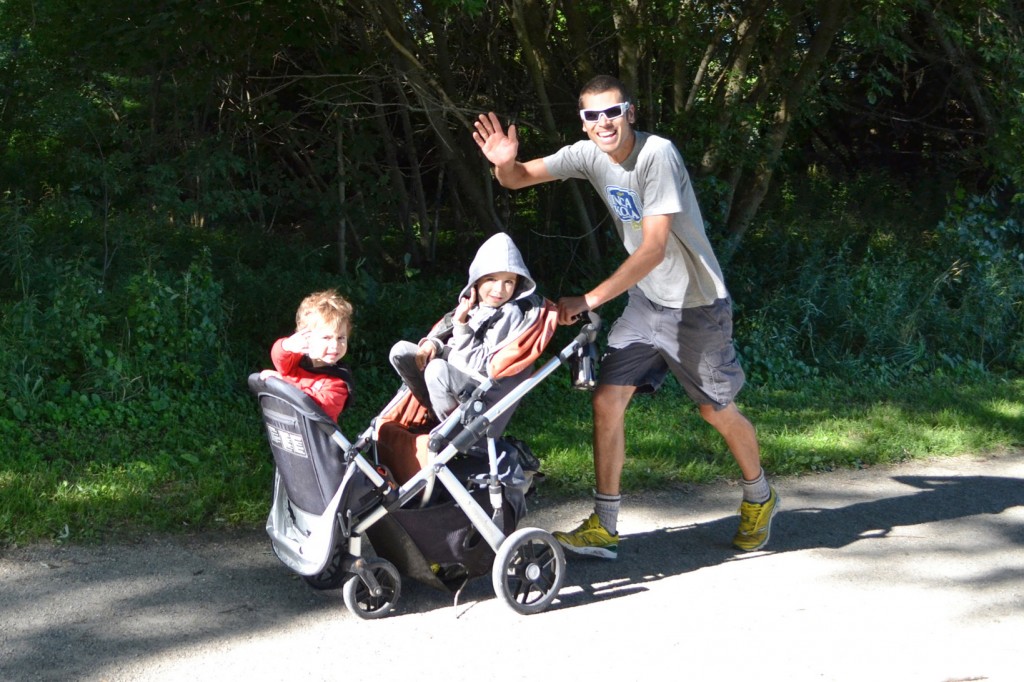 After the turnaround, all eyes are on deck for the orange vest of the Tail Walker coming towards us. We know that’s the very last person in the parkrun group and the leaders are going to be coming up next, on their second loop.

My boyz are usually pretty keen on going to parkrun each week, since they get snacks on the way there and cookies at the market afterwards. But this week they didn’t want to go for cookies. They realized we’d reached dessert heaven when we crossed the finish line — a ton of delicious goodies, baked and donated by so many wonderful people! 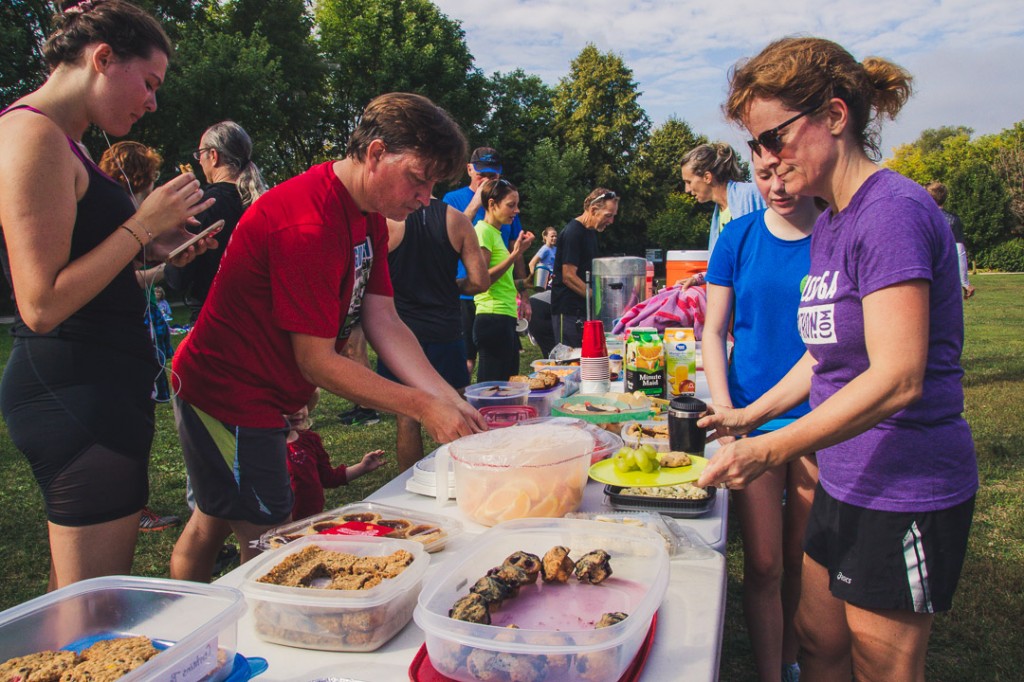 Thanks to all those who helped put the picnic together and for the volunteers making parkrun happen and flow so well.

There was an awesome turnout this week with a full spectrum of runners, walkers, dogs, young kids, and a wheelchair athlete! A bit of sun and cloud — along with exercise plus food and drink afterwards — sure brings out the masses!

I think parkrun is a great way to start a Saturday, or any day really, with family, friends and people from our city — and other cities and even countries too. 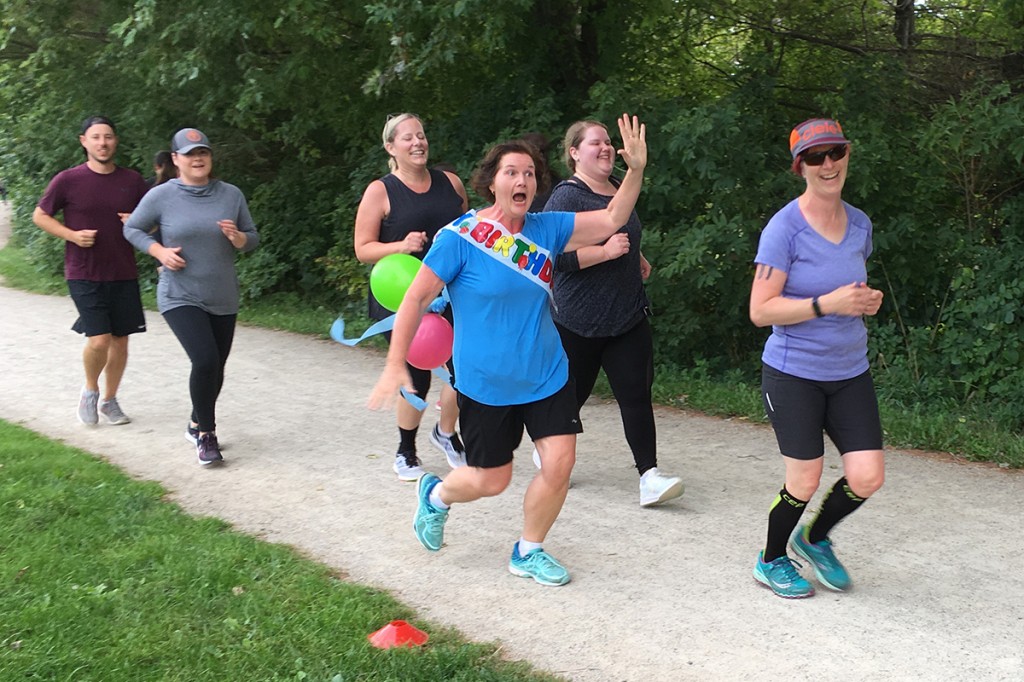 It was birthday girl this week, and a running swimmer last week. Who knows what next week will bring? See you out there!! 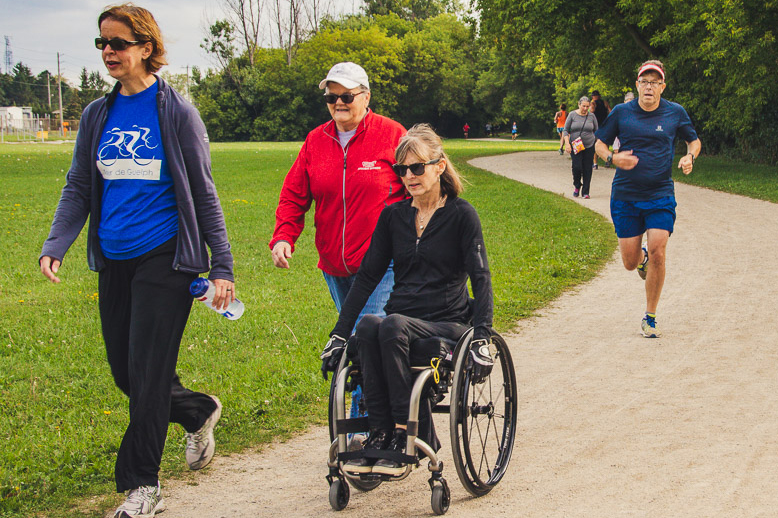 We had a whole bunch of amazing "firsts" this week: 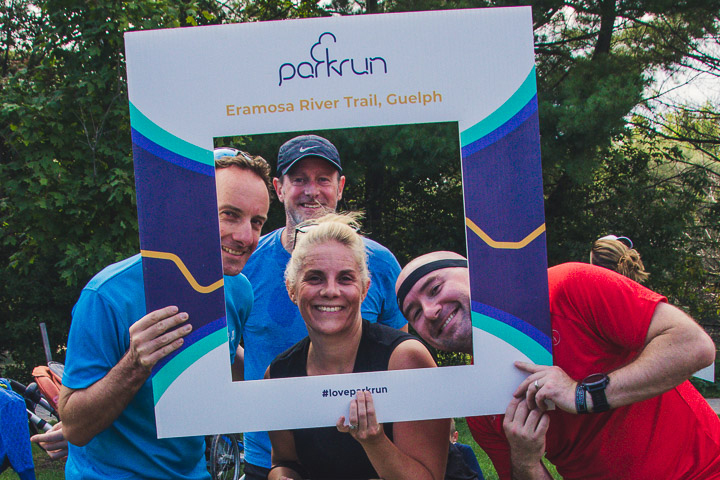