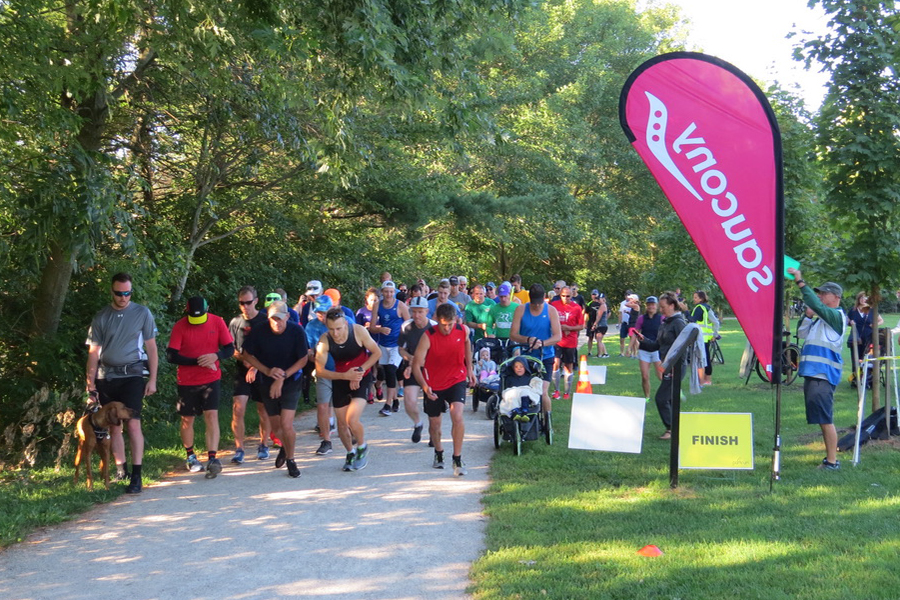 While I’m not prone to fits of excess where praise is concerned, I could write a convincing love letter to the city of Guelph. I would write of the many tree-lined pathways and trails, the meandering rivers defining so much of our physical landscape, the fair-trade coffee shops, the family-run bookstores, and the value placed on the arts. 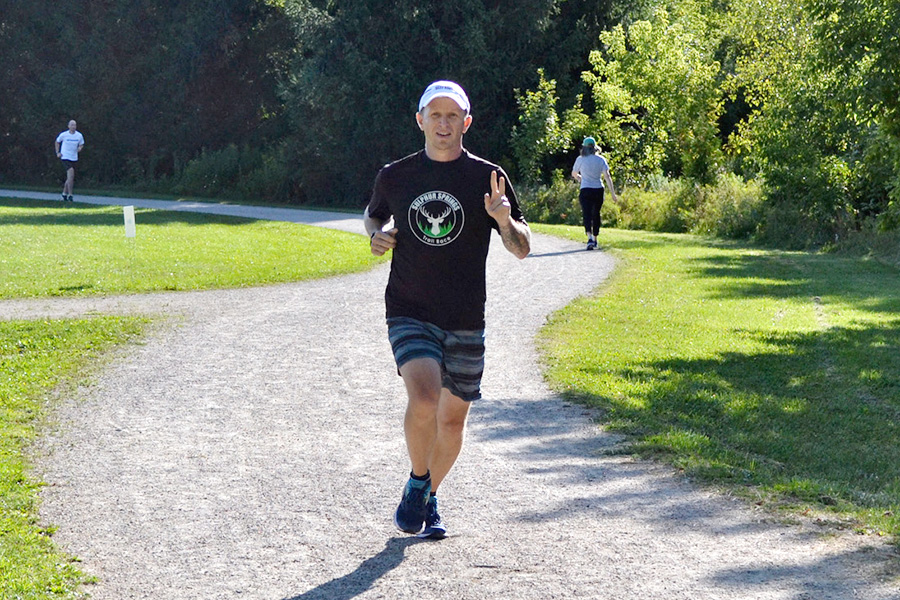 I would also write of our incredible running community as well — small runner-operated stores, local running clubs and top-level athletes training and living in this city. And if I were to write such a letter, one that reveals the true spirit and character of our hometown, it would definitely include an ode to parkrun.

The fact that the entire enterprise runs on the back of weekly volunteerism and community spirit, let alone a strong running community and value for green spaces, has made parkrun a natural fit for Guelph.

Every Saturday, runners and walkers of all types, ages, and abilities walk across the covered bridge for this shared experience. Organizer’s announcements, recognition of sponsors, and welcomes offered to those from out of town are all met with the same authentic applause.

By the time the run starts, you cannot help but feel like you have already done something valuable — the trail is open in front of you and the energy of the community is alive all around you. 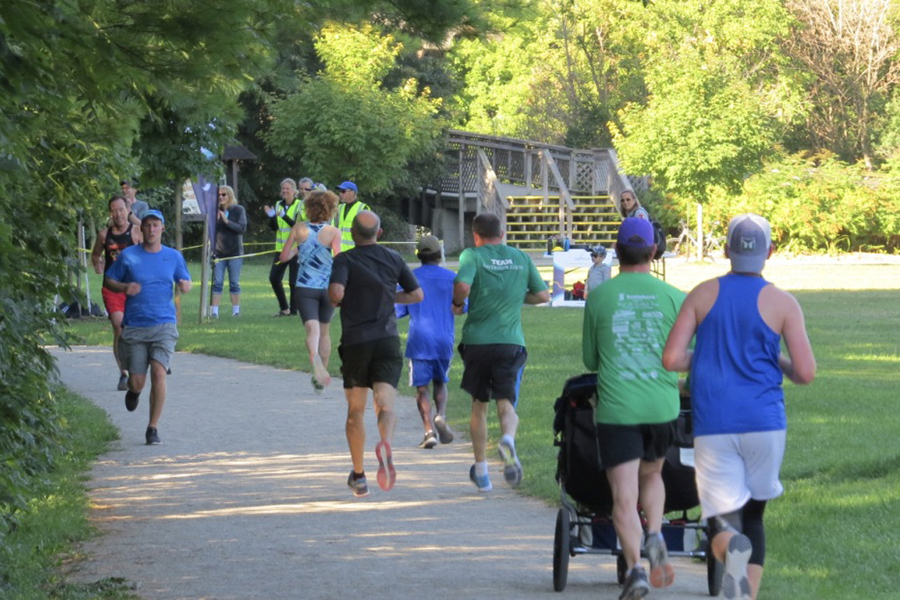 The run itself is as “Guelph” an experience as they come. In the six times I’ve attended I have run alongside toddlers and seniors, strollers and dog-walkers, new runners and Olympians, Guelph running legends and new acquaintances.

I have been cheered on with such unabashed energy and enthusiasm that I have found myself not only moved, but suddenly able to run faster, smoother! And when the run ends and I turn to look around at the people milling about — volunteers, families, finishers — I am always met with the same expression of honest to goodness contentment. 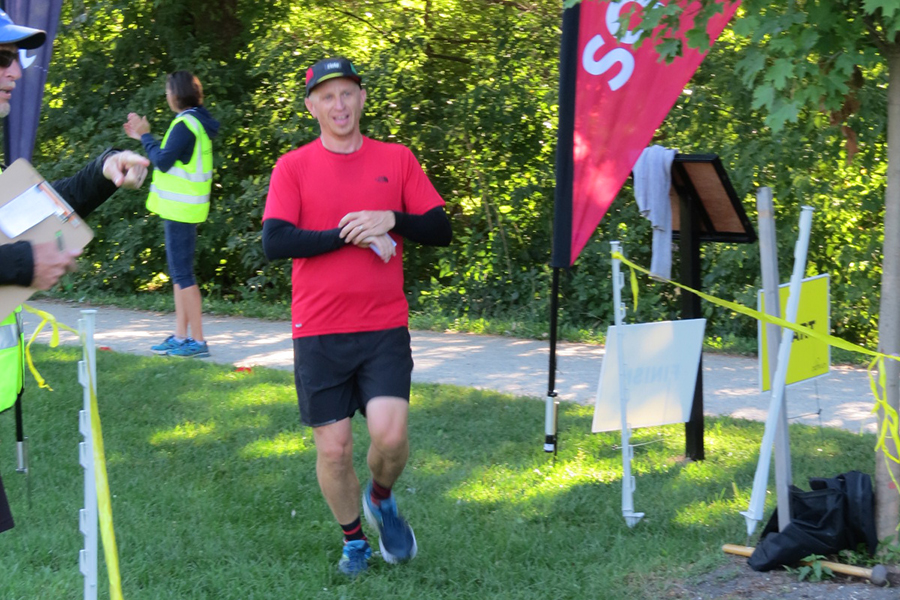 I do love this city that I call home. And I am truly, honestly thankful that the people behind bringing parkrun to Guelph, volunteers all of them, keep giving me new reasons for that feeling of love to be so genuine. 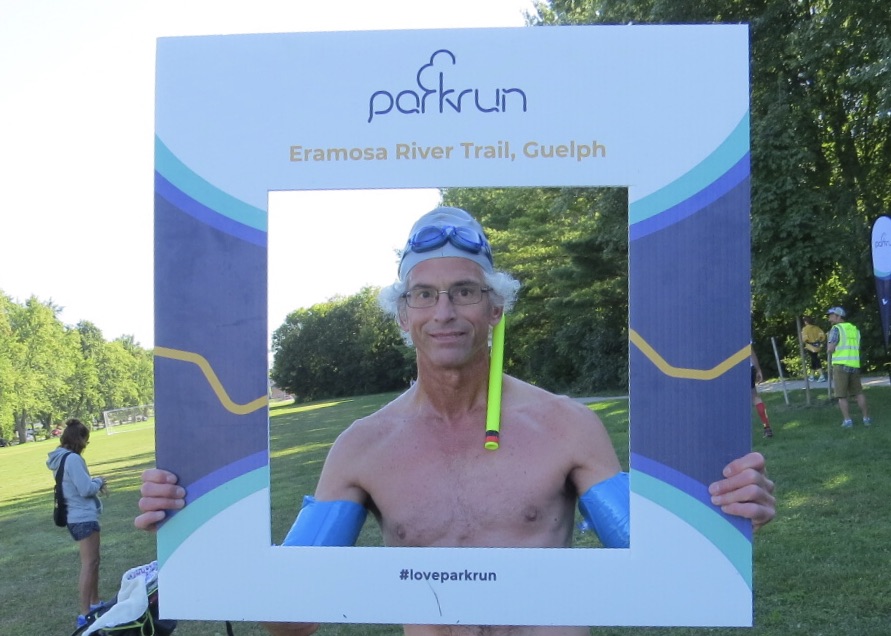