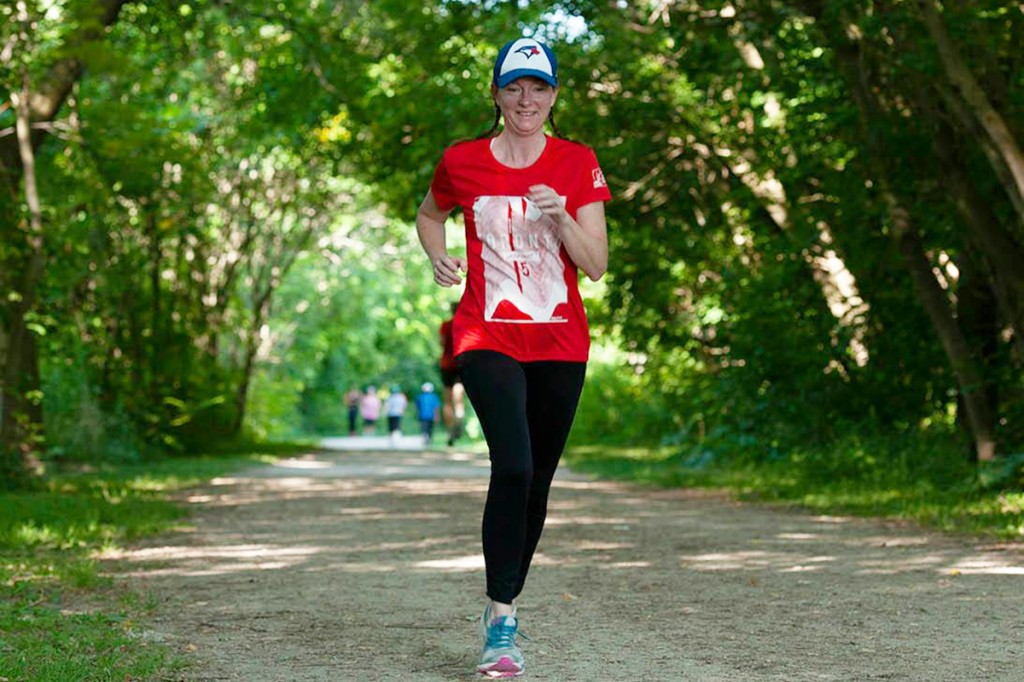 I have always wanted to be someone who does 5k runs. I tried in my 30s, but injury never allowed me to do it. My husband Paul is a runner and heard about the Eramosa River Trail parkrun and decided to run with our two-year-old twins in their stroller. (They’ve all been to every event except the very first one.) 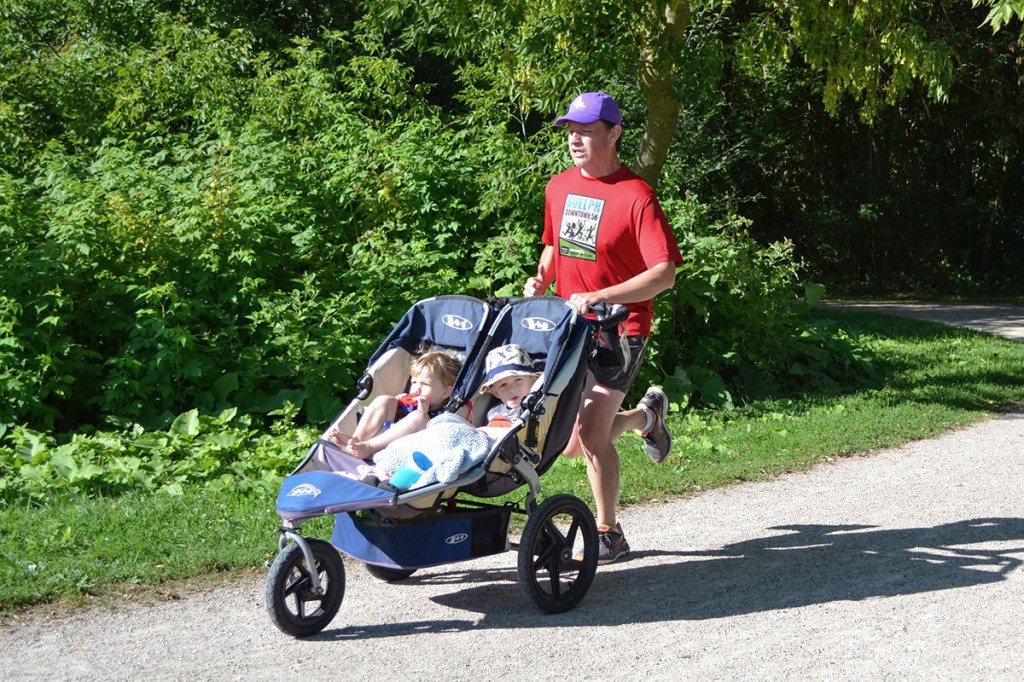 The desire to join them overwhelmed me so I signed up for parkrun as well. Now in my 40s, I set what I thought were two achievable goals for my first ever 5k:

I am so happy to say that Eramosa River Trail parkrun was my first 5k several weeks ago. I finished, and I ran the whole time! Thanks to the amazing volunteers and runners, I felt encouraged and welcomed to the point that I now feel like I belong.

I've completed two more runs since that first time and although it's not easy for me, it feels great to be out there with my family. It’s now part of our Saturday morning routine. The twins are up by 7:30 and we live nearby, so are able to walk to the start line. 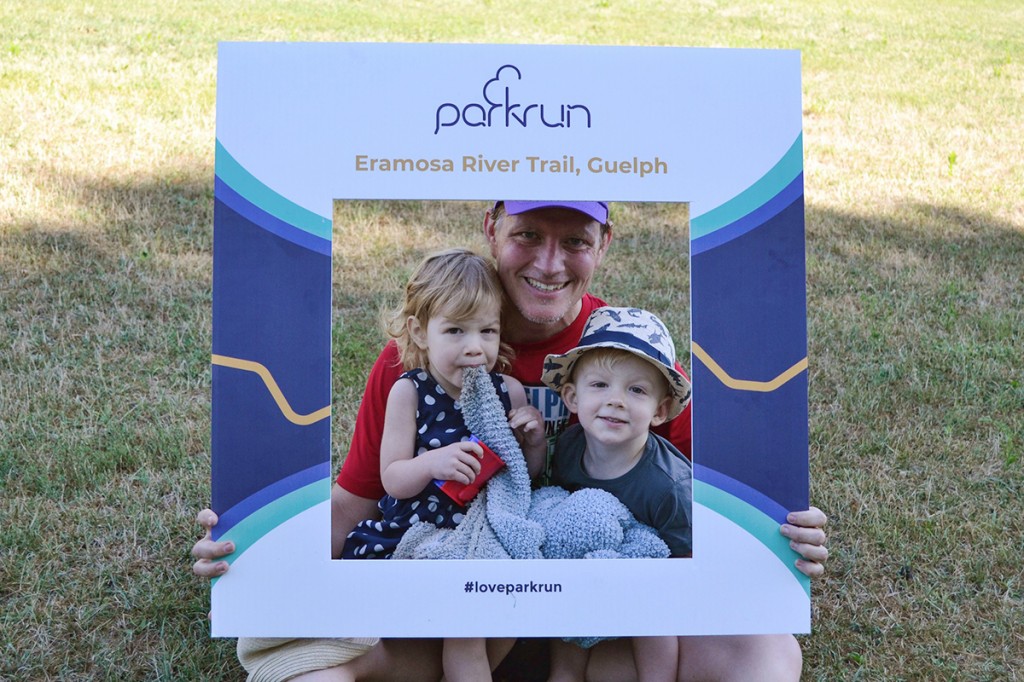 Matthew and Hadley often say, “"We are going to parkrun Mummy!” Sometimes they watch a movie in their double stroller, and sometimes they just chat to each other the whole way.

parkrun is an amazing running community, and I’m now proud to say that I’ve completed three events, with a PB of 36 minutes. 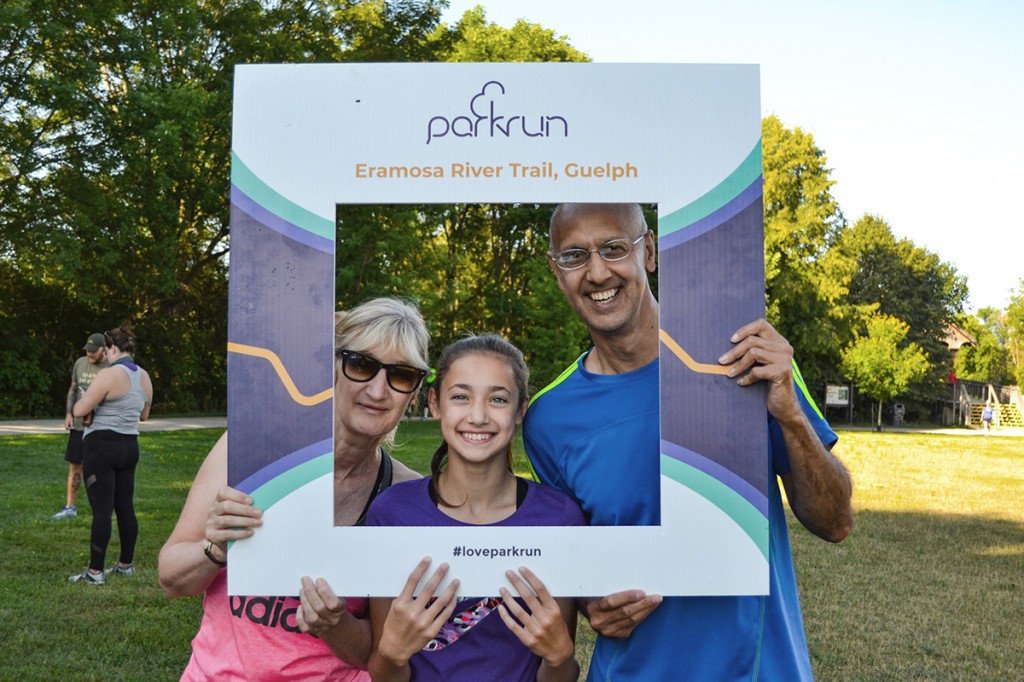 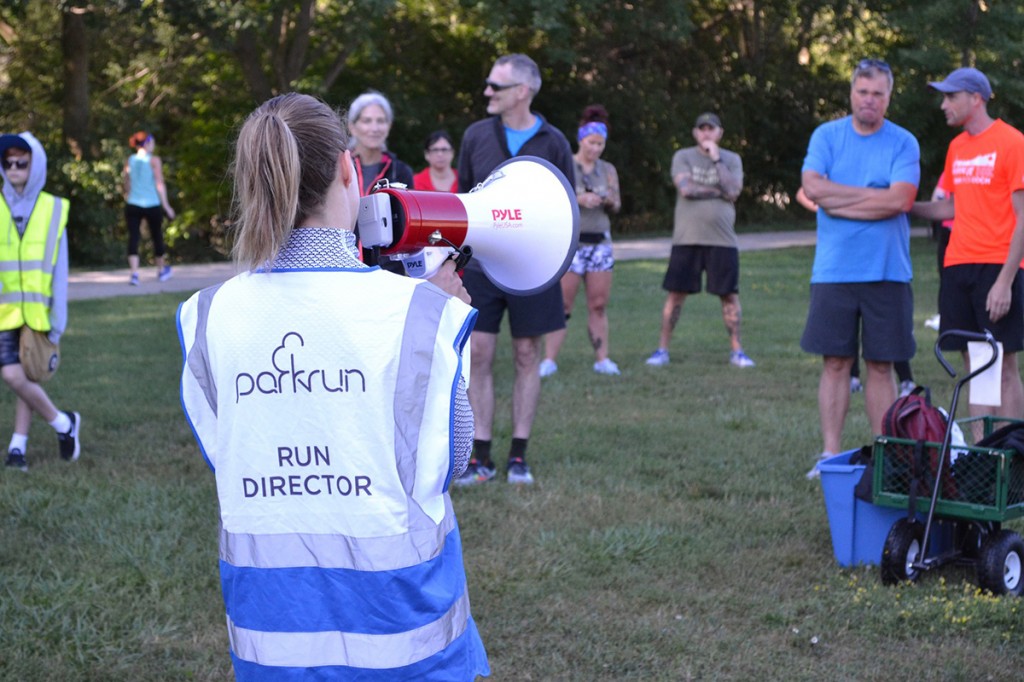